Do you need to pay for Facebook ads? The answer is yes.

Ok, blog article over. Done. Organic Facebook is dead (has been for a long time), it’s all about paid now.

Yes, organic Facebook (and Twitter, and Instagram, and LinkedIn) is pretty much dead. That doesn’t mean you shouldn’t be doing organic social media, but if you want to get new customers to your business through social media, you need to pay for ads.

While the organic reach of Facebook posts for businesses has decreased over time (multiple sources), the good news is the price of ads on Facebook have decreased in recent months (Hootsuite). So advertising on Facebook is more accessible than ever.

How Much Should I Be Spending On Facebook Ads? 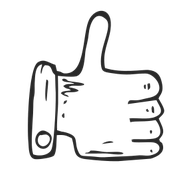 This is one of those “it depends” answers. As with a Google Ads campaign, you may be able to see increased affordability (or increased return on investment at least) over time, but there’s no magic rule on ad spend. And if you’re not succeeding, increasing budget may not help things. It may be a problem with your ad set up.

Looking at stats from WordStream, the average cost per click on Facebook is $1.72 (U.S. dollars), but it varies by industry. Similarly, the average click through rate (CTR) for Facebook ads is 0.90% (once again varied by industry).

The good news is that the average conversion rate for people who click on an ad is 9.21% (still from the WordSteam article linked above). So of those 90 clicks, you’ll get 8 conversions (well 8.289 conversions) for a cost of $19.35 per conversion (sale, phone call, etc.).

For some industries that might sound like a lot. For others, spending $19.35 on customer acquisition isn’t a lot.

All we’ve done is used a basic formula where cost per conversion equals one divided by the conversion rate. 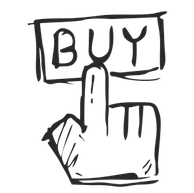 So What Should I Spend Initially?

From here there’s a couple factors at play before we start:

So let’s assume you’ll only get five conversions per $100. At least at first.

A budget of about $600 would net about 30 sales (probably more, we’re assuming poor conversion rates) and likely give Facebook enough data if it’s spent over about two weeks, so that may be a good initial investment. However, the more the better!

But Yes, You Have to Pay For Facebook Ads

Organic Facebook has been dead for so long we can’t even find a current article about it. So yes, you need to pay for Facebook ads.

While our example budget of $600 may sound like a lot for many small businesses, it needs to be looked at as an investment. That’s 30 new customers for your business. Over time you’ll likely get a better conversion rate and make the cost even more justifiable.

A solid Facebook campaign can be much more effective than an SEO campaign (although you should be working on that too). Furthermore, SEO takes time, time you may not be willing to invest.